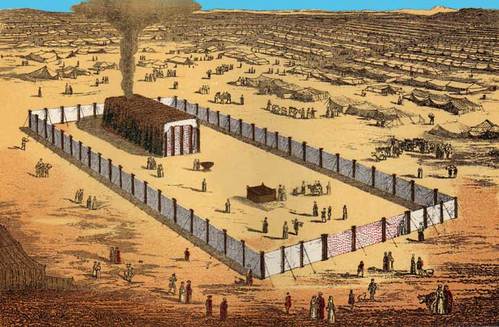 Ps 119:97 ¶ Oh, how I love Your law! It is my meditation all the day.
98 ¶ You, through Your commandments, make me wiser than my enemies; For they are ever with me.
99 I have more understanding than all my teachers, For Your testimonies are my meditation.
100 I understand more than the ancients, Because I keep Your precepts.
101 ¶ I have restrained my feet from every evil way, That I may keep Your word.
102 ¶ I have not departed from Your judgments, For You Yourself have taught me.
103 ¶ How sweet are Your words to my taste, Sweeter than honey to my mouth!

David talked about consciousness of sin.
Ps 119:9 ¶ How can a young man cleanse his way? By taking heed according to Your word. 10 ¶ With my whole heart I have sought You; Oh, let me not wander from Your commandments! 11 ¶ Your word I have hidden in my heart, That I might not sin against You! 12 ¶ Blessed are You, O LORD! Teach me Your statutes!
You can see that relationship is a matter of the heart. David did not want to sin. By meditating in the Word of God, he would become even more sin-conscious. The instructions for right living become more apparent. What about sins that he had already committed? For most part he could do nothing else but sacrifice, and then change his behaviour. For some he had to bear a horrible consequence.
That was old testament. What is different now?
Heb 10:16 "This is the covenant that I will make with them after those days, says the LORD: I will put My laws into their hearts, and in their minds I will write them,"
It sounds as though David, even in old Testament times, had God's word written on his heart. Maybe that was the exception and not the rule. Today we have the indwelling Holy Spirit who, along with our taking in God's word, will create new desires to follow God … from our hearts.
The New Covenant, like a Will, comes into force after a death. The covenant … which is Salvation by grace through faith, sins washed away by the blood of Christ, the will to serve God ingrained into our hearts … came into effect the moment Christ died.

Verses 21 – 22. Almost everything was sprinkled with blood … because without the shedding of blood there is no remission (This is God's own law). However, even though everything was sprinkled … they were only cleansed symbolically, not actually.
Verse 24 – Christ entered the actual 'sanctuary' or tabernacle, or temple Holiest place … once, for all time. He completed the picture that had existed all those years.
Verse 28 – When the Old Testament priest would enter once a year into the holiest place … and then after a while, come back out … it might have been accompanied by a sigh of relief that he came out alive. But there was nothing else of significance of his coming back out. When Jesus comes back … He
will appear a second time, not to bear sin, but to bring salvation to those who are waiting for him.
1Exodus 35 to 40 contains all of the details for the tabernacle.